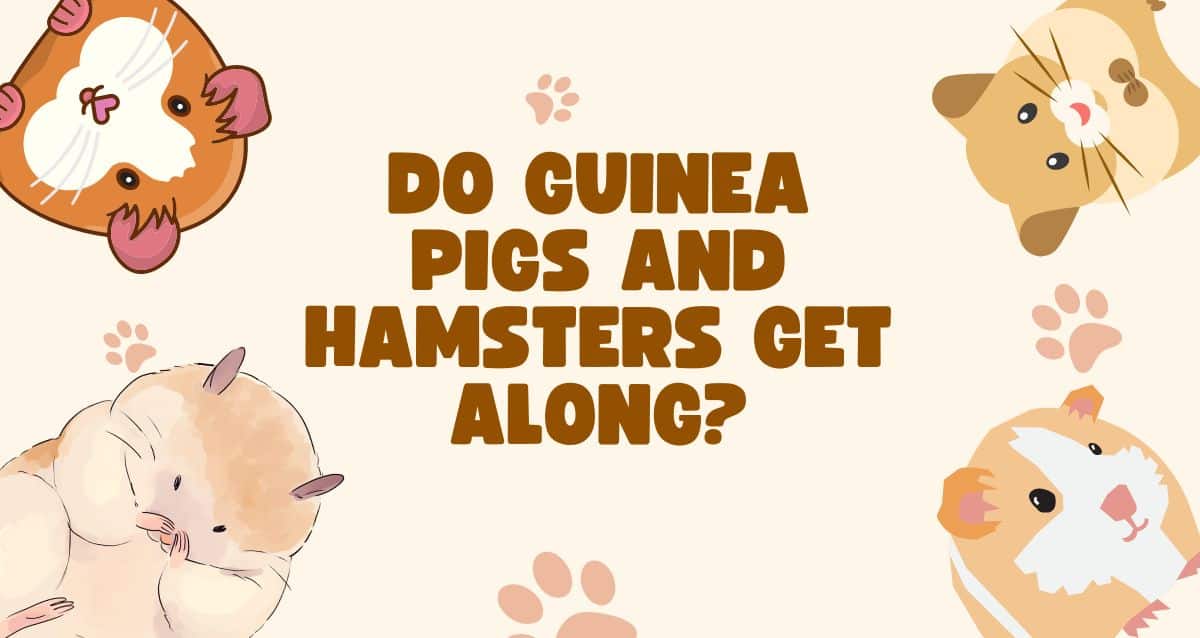 Guinea pigs and hamsters are the most popular small pets kept in homes in the United States. Interestingly, it’s commonly thought that these two pet types get along because they appear similar and are both rodents.

These furballs seem docile, adorable, and simple to care for. However, hamsters are solitary creatures that do not get along well with other rodents when housed in the same cage.

Do Hamsters and Guinea Pigs Get Along?

Simply put, hamsters and guinea pigs cannot share a home and shouldn’t share a cage since they don’t get along too well.

The requirements and preferences of guinea pigs and hamsters are very dissimilar. In fact, even playtime together can be very dangerous, even if they are kept in different cages. Additionally, a hamster wouldn’t benefit from eating like a guinea pig and vice versa.

Separating them is the wisest course of action.

How Can You Tell the Difference between a Hamster and a Guinea Pig?

Differences between Hamsters and Guinea Pigs

Many factors contribute to the animosity between guinea pigs and hamsters. Some of them are as follows:

2. Varying Patterns of Habitat and Activity in Their Territories

3. Difficulties of a Physical Nature

Read here: Can Baby Hamsters Survive Without the Mother?

Most guinea pigs’ activity occurs during the day while they spend the night sleeping. In contrast to their nocturnal habits, hamsters are more active during the daytime. A major problem with having to share a cage is that when one sleeps, the other will be awake.

The rodents also like to have their own private spaces, whether for eating or sleeping. You can only guess what would happen if the guinea pig and the hamster fought about who got to occupy the corner of the cage where the food was kept.

Hamsters prefer to spend time alone. More gregarious and community-oriented than mice or rats, guinea pigs thrive when they have others their size to play with.

The hamster may bite and scratch at anything that gets in its way; therefore, you must prepare yourself for unfortunate incidents if you plan to keep them in your home.

On the contrary, guinea pigs like to be alone and inconspicuous. However, they do want someone to share their playing time with.

Can Hamsters and Guinea Pigs Socialize?

Click to read: Sunflower Seeds: Are They Good or Bad for Your Hamster?

Can a Hamster and a Guinea Pig Mate?

Hamsters and guinea pigs are not compatible with one another. The guinea pig is a different species and is significantly bigger than the hamster.

It is physically impossible for guinea pigs and hamsters to mate. Any attempt to do so would likely result in the hamster’s death or severe injury. The consequences tend to be far worse than them fighting each other.

Can You House a Hamster in a Cage Designed for a Guinea Pig?

Guinea pigs are larger pets, and so they need a large cage and space. Therefore, housing a hamster in a guinea pig cage is not a good idea. Since their cages have large spaces, your hamster would easily get out.

Hamsters can also get stuck, resulting in an injury. Maintaining hamsters in a guinea pig cage can be dangerous, but you can alter the cage to accommodate a hamster.

Cover the cage with wires or mesh. That will help to hide the big space between the rods that makes up the cage. You can then safely keep your hamster in it.

Hamsters will feel more comfortable in such a cage than in the small-sized one designated for them. They’ll have more room to explore, climb, and hide in their new, roomier enclosure.

Which Pet Smells the Worst – Hamster or Guinea Pig?

Hamsters’ diets are mostly to blame for the unpleasant odor of their waste products. They are able to eat different foods since they are omnivores.

On the other hand, guinea pigs are herbivores; hence, they only take simple diets such as vegetables. Such food is easily absorbed by the body and produces less gas.

Because hamsters’ digestive systems need more time to break down the more complex foods, the waste products of both sexes have a stronger odor. This is another reason why guinea pigs and hamsters don’t get along. 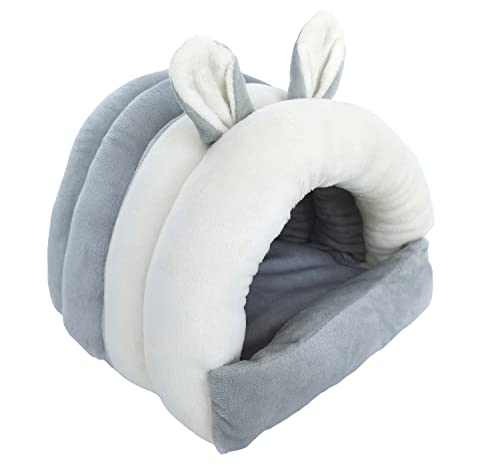 If you know what you’re doing, it is possible to have multiple hamsters share a home. However, if the violence persists, you must step in right away.

On the other hand, if you don’t want your guinea pig to suffer from isolation, finding a companion, either of the same or one of the other species, is a good idea. It would help if you kept a close eye on them, at least at first, to ensure they get along well and don’t quarrel while living together.