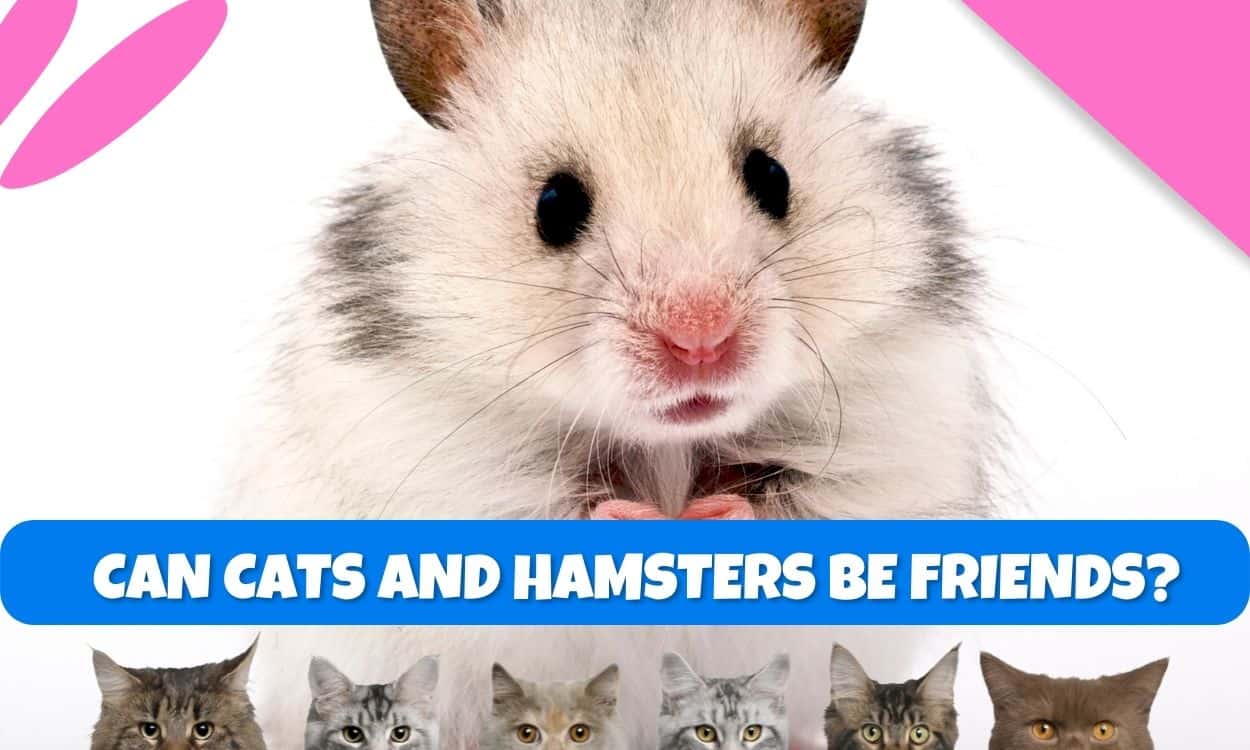 If you’re an animal enthusiast and love sharing your space with them, here’s something that might not amuse you. Some animals just can’t get along. We often see homes with cats and dogs co-existing peacefully, but that may not be the case with every animal. If you’ve recently brought home a hamster and are noticing odd behavior on your cat’s part, don’t be too surprised. Can cats and hamsters be friends? The answer might surprise you. 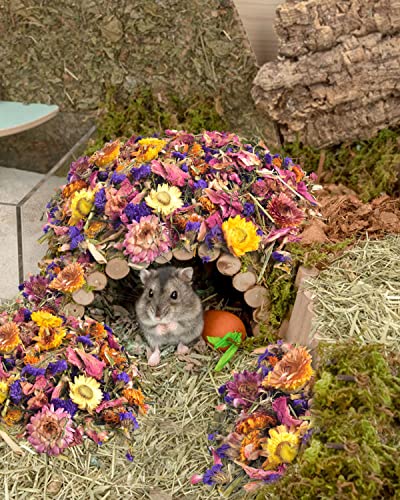 Can Cats And Hamsters Live in the Same House?

Here’s something you might not have known about the two animals. The rivalry between hamsters and cats goes back centuries ago.

The two are not only inherently enemies, but cats also can’t resist attacking hamsters. On the other hand, it isn’t unknown that hamsters are extremely sensitive to the danger of predators around them.

It is due to the threat of predators that they prefer to sleep during the day and stay up during the night. Just the mere sight of a cat can stress them out.

Cats are known to hunt and kill rodents like hamsters which is why introducing the two pets may not be a good idea. To answer the question, cats and hamsters can co-exist, but only if you keep them in separate rooms.

Can Cats And Hamsters Be Friends?

In short, no. They can live in the same house, given that you’ve taken the necessary precautions. However, they cannot be friends.

If you’ve already spent some time with your cat in the house, you may already be familiar with their personality. The knowledge can come in handy when creating boundaries between the two animals.

Here are some questions you might want to consider:

Even if you’re sure your cat is the friendliest, do not let it roam freely around your hamster. More often than not, a cat’s instincts will act out in the presence of a rodent.

It’s important to keep them at a safe distance from each other and supervise them at all times. If you’re considering the possibility of the two getting along in the future, you might want to stop immediately.

With cats and hamsters, nothing can go beyond co-existing. The term “co-existing” entails that the two pretty much ignore each other’s presence and aren’t interested in interacting.

Also read: My Hamster Makes Too Much Noise at Night

Why Can’t Cats and Hamsters Play Together?

Even if you’re sure of your cat’s nature, forcing it to play with a hamster isn’t wise. It’s important to note that cats and hamsters play differently.

The former is usually more aggressive and also larger. With the latter, there will be too much of a risk involved. Hamsters get injured easily. Too much physical and mental stress can even kill them.

One fast move can shake them up inside in a way that they might not be able to recover from. Furthermore, hamsters are too small to defend themselves from a cat’s teeth and claws.

What’s playfulness for one animal can be a trauma for another. In a nutshell, interacting with a cat is almost like agreeing to a death sentence for a hamster. 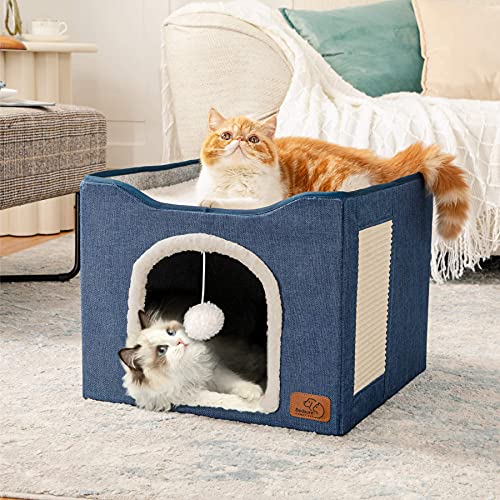 Keep Your Hamster Away from Your Cat

While hamsters in the wild can recognize predators immediately, the same isn’t with those born in captivity. Captive hamsters don’t know who’s a friend and foe.

However, this absence of fear is also problematic. It can put their life in danger. They might not be able to recognize a cat’s intentions.

Thus, instead of running for safety, they might not react at all. The consequences of this could be far more devastating.

Can You Introduce Them to Each Other?

In a nutshell, yes, but should you? That’s a whole other deal. The first thing you must acknowledge here is that your cat isn’t friendly and harmless.

Cats are inherently hunters, and there’s nothing you can do to change that. However, if you have decided to introduce them to each other, do not do it without a plan.

How to Introduce Them to Each Other

Allow Your Hamster to Settle In

If you’ve just brought a pet hamster home, wait at least a month before introducing them to anything else. Hamsters need a good amount of time to get rid of the stress they experience coming home from a pet store.

On top of it, meeting a possible predator is certainly not on their to-do list for the time being. Only once they have gained confidence in you will they be able to step out of the cage.

Keeping your hamster safe should be a priority. A cat can easily reach your hamster with its claws if the cage has bars. It’s best to use plastic acrylic material for a cage.

A cat will always wait for the right opportunity to attack your little rodent. Hence, you want to ensure your hamster is safe even in your absence. 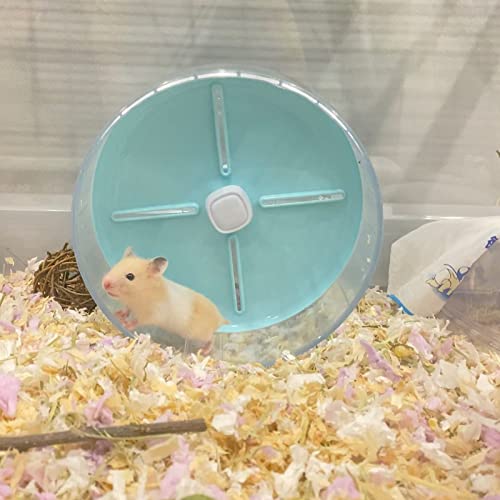 How does it act around your hamster’s cage? Is it eyeing it? Is it waiting for something to appear out of it? Or does it never walk past it? If your cat is sitting relaxed, the chances are, it doesn’t care.

On the other hand, if you notice it sitting in a stiff position and is quick to follow your hamster’s moves, then you may want to think twice about introducing them to each other.

Check out: Why is My Hamsters Pee Brown

Hold Your Hamster Around Your Cat

The first step is to learn how to hold a hamster. Don’t do it too quickly, as it might stress them out. Once you’ve successfully held your hamster in place, wait for the cat to come around.

Speak to your hamster gently and let your cat watch it. It will be a subtle message that the little one holds some degree of importance in your life and that you’re not interested in eating it yourself. Keep doing it for a few weeks, and do not leave your hamster alone at any point during the practice.

Move a Little Closer to the Cat

Every time you hold your hamster, make it a point to be slightly closer to your cat than you were the last time. Watch the body language. If you’re confident that your cat is cool, keep doing it. Sometimes, all it takes is a blink of an eye for even the calmest cat to turn into an aggressive predator.

Be On the Hamster’s Guard

Let’s assume you’ve already introduced your cat to your hamster, and everything is going as per plan. What do you do next? Should you begin trusting your cat with the new member of the family?

Certainly not. Just like you can read your cat’s body language, it can read yours too. The moment you begin trusting it beyond a healthy level, you’ll see why you shouldn’t have.

Reward Your Cat for Its Disinterested Behavior

If you have noticed your cat’s lack of interest in your hamster, reward it with a treat. Soon, it will internalize the behavior and keep adhering to it. At the same time, you should also accept that despite the disinterest, you can’t bring a hamster to be your cat’s friend. You can help your cat recognize the hamster’s scent and make it resist the urge to attack it.

You may already have figured out a thing or two about your furry baby. It may not have the best eyesight. However, no animal can beat it when it comes to their senses of smelling and hearing.

Interestingly enough, hamsters can smell danger up to 30 meters away. If your cat is in the same room as them, the hamster will begin reacting to it.

Stress can also trigger diseases within their body. The consequences will be far from desirable. Believe it or not, hamsters are terrified of cats. Keeping your cat close to your rodent isn’t recommended unless you want to see them die of a heart attack. 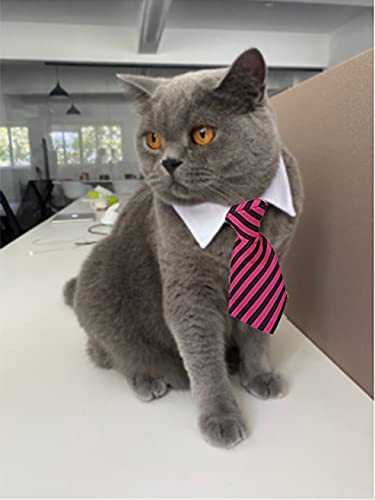 Can cats and hamsters be friends? Unfortunately, no, but can they co-exist regardless? Yes. They can live together as long as they have been trained to stay within their boundaries. Forcing them to be friendly to each other will only backfire.

You can’t possibly make a cat go against its instincts, but you can keep it at a safe distance from your furry friend. All in all, you want to ensure that your hamster is always safe.

Whether you keep it inside a cage or in a separate room, you shouldn’t bring it dangerously close to your cat under any circumstances. Cats can accept and even play with a range of animals, but a hamster isn’t one of them. The sooner you accept it, the better.