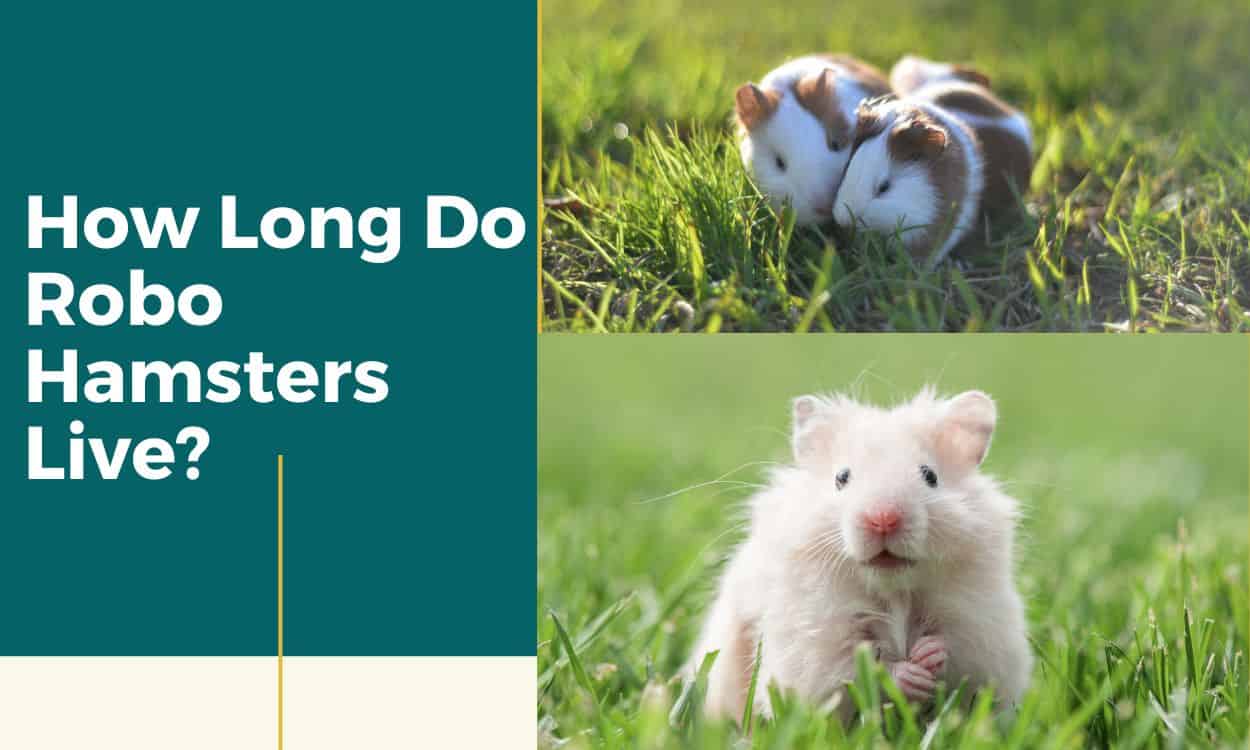 It’s natural to be gripped by fear of losing a pet you brought home. As a pet owner, everyone wants to have the most time with their furry babies. This is especially true for Robo hamsters. These cute little rodents don’t take long to conquer your heart. So, how are they different from other rodents? And most importantly, how long do they live? Let’s find out. 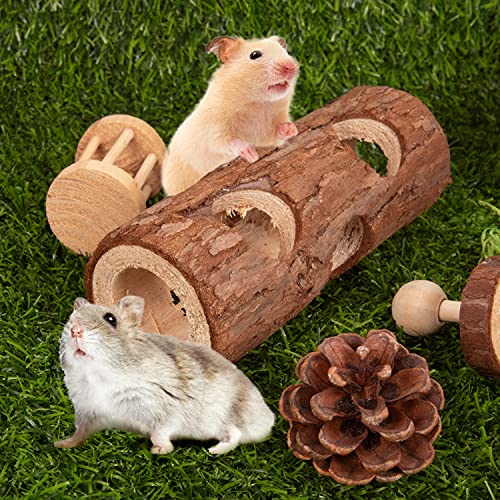 What Are Robo Hamsters?

Short for Roborovski hamster, the Robo hamster is among the smallest species of hamsters. These tiny rodents are extremely quick in their movements. They also tend to be timid and curious.

Apart from co-existing peacefully with other hamsters, they also quickly learn to become comfortable with humans. However, their small size makes them super challenging to hand-tame alone.

Even though they exist in different variations, they tend to have a sandy color. The white spots on top of their eyes also often appear as eyebrows. Regarding their habits, these nocturnal animals aren’t that different from other rodents. They typically stay active at night and wake up around dusk.

Read this: Can Hamsters Have a Heart Attack?

How Long Do Robo Hamsters Live?

The normal lifespan of a Robo hamster is between three and four years. Some also live longer depending on their overall health and environment.

Generally, they live slightly longer than other breeds of hamsters. They can only reach the same lifespan as Robo hamsters under strict care and nourishment.

Luckily, there are some ways to ensure that your furry buddies live longer than nature wants them to. The key is to ensure excellent food intake and a healthy environment. Keep reading to learn more.

What Types of Ailments Are Common Among Robo Hamsters?

Luckily, Robo hamsters aren’t prone to the same illnesses that Chinese or Syrian hamsters get. While it turns out to be a huge relief, it doesn’t mean they don’t get sick at all.

They are vulnerable to many health issues, such as allergies, seasonal itching, ticks and mites, rapid weight loss, and broken bones. 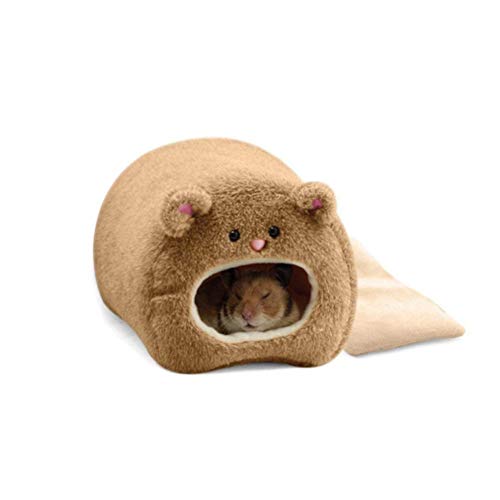 Can They Get Wet Tail?

Generally, Robo hamsters are much healthier than other hamster breeds, especially if treated right. However, the chances of catching the wet tail disease are still not negligible.

As with every other hamster, Robo hamsters also require immediate help from the vet in case they have this condition. What starts as bacteria in the stomach often quickly multiplies into something bigger, causing their entire health to deteriorate.

Check this: How Long Does It Take for a Dead Hamster to Start Smelling?

Some of the most common and known causes of this condition are poor diet for prolonged periods, filthy living conditions, and the consequent upset stomach. It typically occurs among young hamsters, but it doesn’t make them immune to the condition.

Therefore, it’s important to be cautious of warning signs and take them to a vet in time. If the early stages subside and no action is taken, severe dehydration can kill your Robo hamster.

How Can You Extend Their Lifespan?

While there is no way one can fight against nature, there are definitely ways to delay the consequences of age. The same is possible in the case of a dwarf or Robo hamster.

Some ways you can extend their lifespan are by ensuring: 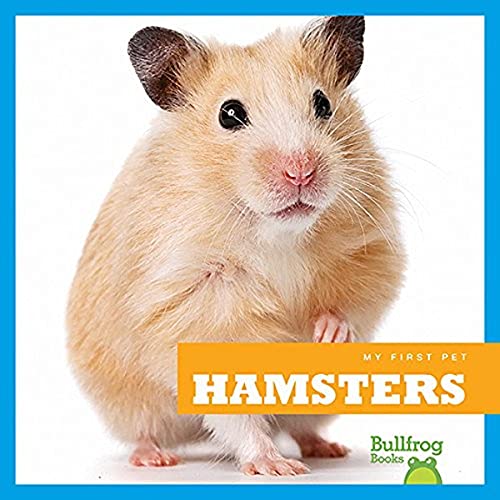 Nourishing your Robo hamster well is a great way to prolong their life. Their diet mainly consists of pellets, but some people also occasionally make them have green beans and apples.

Based on your vet’s recommendation, you can also introduce your hamster to newer varieties of fruits and vegetables. Since vitamins play a vital role in their well-being, you can also incorporate them into their diet after consulting a vet.

Hamsters are prone to catching illnesses in an unclean environment. Since their environment mainly consists of their cage, it is imperative to keep it clean at all times.

You are often recommended to clean the cage at least twice or thrice a week. However, hygiene goes beyond the boundaries of a cage. Make sure to keep your environment clean and healthy too.

Sanitize their toys and clean their bedding often. Hamsters often mistakenly consume their own droppings, which can be fatal to their health.

Last but not least, do not use scented beddings or newspaper scraps around them as they are lethal for their well-being.

One of the worst things you can cause your hamsters to go through is boredom. They’re super active animals and always need to be kept entertained.

This is why it’s important to ensure that there are chewing materials, toys, and exercise wheels in and around their cage. Boredom can actually kill them because, without sufficient cognitive activity, they tend to become anxious. As a result, they attract serious health problems in the long run.

All in all, Robos are super delicate hamsters. Pay extra attention while picking them up or placing them down. Due to their size, they should be looked after with extra care.

Avoid purchasing cages with large spacing between bars or big holes. These little furry animals can slip out of even the smallest gaps.

Have a look: Can Hamsters Eat Hard Boiled Eggs? 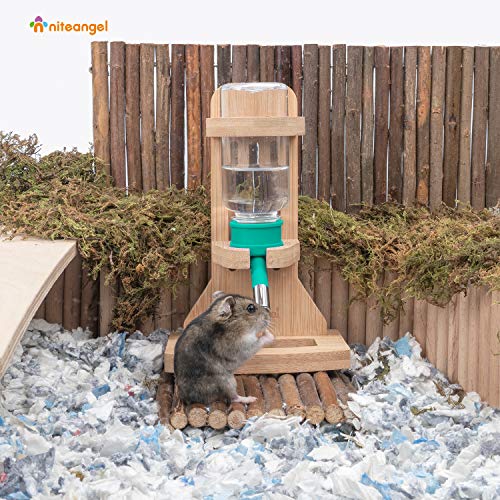 What Food Items Can Kill a Hamster?

Some food items you should never feed your hamster include raw potatoes, raw beans, apple seeds, onions, garlic, citrus fruit, and almonds. Robo hamsters aren’t that different from other hamsters’ eating habits. Since they love to eat, you must keep an eye on what they’re consuming.

Almonds have cyanide, while chocolates, particularly dark ones, have theobromine. The two components are extremely dangerous for a rodent’s body and can immediately kill them.

Does Bad Breeding Cause Them to Die?

Bad breeding is a leading cause of death among many animals. Robo hamsters are unfortunately also among those animals.

When planning to breed them, you must consider the health and temperament of both hamsters involved. Pairing a sick hamster with a healthy one can cause newborns to face extreme consequences later.

It’s interesting to note that Robos reach sexual maturity quite early. Males often mature faster than females. However, Robos are generally a lot more difficult to breed than any other dwarf hamsters.

Sometimes, they only choose to mate during the summer season. Taking care of the pregnant Robos is also extremely crucial to ensure that their pups come out healthier.

Feed pregnant Robos well and make sure to have arrangements beforehand. Removing the pups from their mother within the first 20 days is important.

Check out: Do Hamsters Stink Up Your Room

Can Injuries Kill a Robo Hamster?

While some injuries are deadly, others are often a part of a Robo Hamster’s routine. However, due to their small size, some injuries can be deadly.

For example, falling from a height can deeply impact their fragile frame. Make sure to hold them with extreme care. Furthermore, keep them away from high surfaces such as dressers, tables, etc.

Some falls can also cause damage to internal organs. As a result of internal bleeding and fractures, hamsters are mostly not able to survive the impact.

Accidental and sudden deaths among Robo hamsters aren’t uncommon, and it is partially the owner’s fault. Hamsters cannot just be bought and taken home.

The kind of care and attention they require is not everyone’s cup of tea. Hence, people often purchase regular bedding for them and think that their work is done.

You cannot introduce every textile or bedding material to your hamster. They tend to use fluffy material for nesting by stuffing it in their mouth.

What happens as a result is that the material gets tangled in their cheeks or teeth. If their foot accidentally gets stuck inside, your Robo can die from suffocation because of the foot wrapping around their necks.

So, keep overly plushy things far away from your hamsters. There is one more reason why a lot of hamsters, including Robos, die suddenly.

While some things are the owner’s fault, others usually aren’t. Many people also notice them being healthy and happy one day but lifeless the next day.

However, there’s a reason even behind abrupt deaths. For the most part, it has to do with their circulatory issues.

Blood clots don’t take long to form in their brains and cause heart attacks in the middle of the night. Sometimes, all it takes for them to go through these changes is a sudden scare.

Robo hamsters are much more sensitive than other hamster breeds and often aren’t able to deal with physical stress. In some cases, even a dog’s barks, continuous poking, or being dangled upside down can cause them to undergo extreme changes. 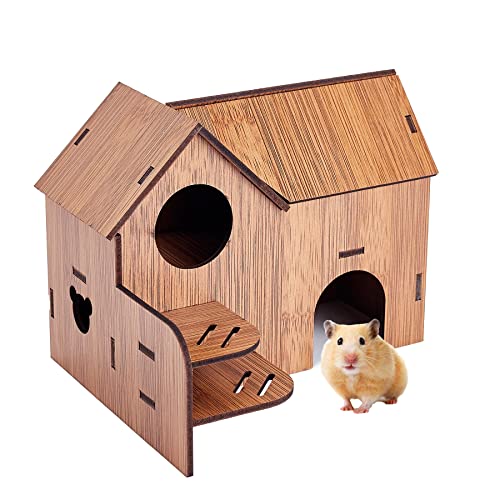 Now that we know the answer to “How long do Robo hamsters live?” let’s get to the gist of the argument. The temptation to buy, pet or adopt these fluffy animals is understandable. Even though they only survive for a few years, people continue to adopt these adorable furry babies.

However, taking good care of hamsters requires a whole other level of dedication. Unless you’re ready for that responsibility, do not put their lives at risk for merely a few hours of entertainment.