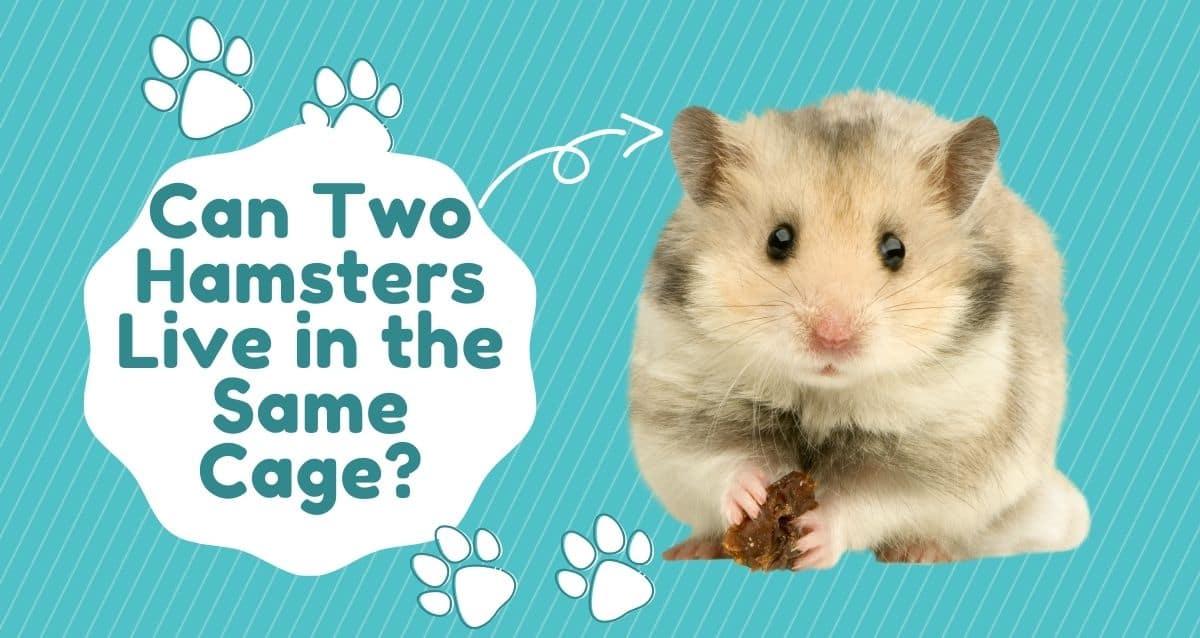 Does a hamster’s cage have to be individual, or can they live together? While some hamsters are pretty content to have roommates, others prefer their own space. Research your current hamster’s species before bringing home a new pet to avoid complications.

Hamsters in General: Their Traits

It would help if you learned about hamsters’ traits before deciding whether or not they can coexist in the same cage.

Misconceptions about Caring for Hamsters

While hamsters are common, several myths about caring for them might lead to harm.

Misunderstandings about hamster care include whether or not rodents can coexist. Because of their diminutive size, hamsters do well in cramped quarters. This encourages several adoptions since people want the hamster to have company.

While most hamsters prefer to stay alone, some species can coexist.

Dwarf hamsters are great for owners who want multiple hamsters in one home. You can keep these species in groups or couples if they have enough room.

In contrast to most dwarf hamsters, Syrian and Chinese hamsters must be kept alone. They do not benefit from being around others of their kind.

Even if housed in a spacious enclosure, these hamsters will suffer from stress if kept close to one another.

You can choose from three types of dwarf hamsters in a pet store, all of which are friendly to humans. The three types are as follows:

These hamster varieties can live together and have benefited from having a friend. They must be kept with another animal of the same sex or a member of the same litter at all times.

Winter whites and Campbell’s look is nearly identical, except that the latter feature three stripes to the former’s single.

Roborovskis are the tiniest guinea pig family; however, their high energy levels mean they need a spacious enclosure.

Interestingly, the Chinese hamster is sometimes misidentified as a dwarf hamster when it is more closely related to the rat than the hamster.

Dwarf hamsters of the same species do best when housed together. Therefore, it’s best to group them when they’re young. Do not pair hamsters for reproduction unless you want baby hamsters.

Male hamster testicles are more visible when they reach sexual maturity. Measure the length of the anus relative to the hamster’s genitalia to establish the animal’s sex.

The distance is double for male hamsters than for females. If hamsters start bickering, you should take them apart before things worsen. This estrangement is likely permanent because Syrian hamsters will fiercely attack any other hamster they encounter.

Syrian hamsters are notoriously reclusive. However, a mother Syrian hamster would not intentionally harm her young if they still depended on her.

They are small, measuring between 5 and 7 inches in length, and they favor the human company over that of their species. They will spend the night alone if you don’t pet and play with them at least once. Your teddy bear hamster should survive for two to three years at the very most.

Chinese hamsters, like Syrian hamsters, are solitary animals that thrive when housed alone.

There is significant evidence that Chinese hamsters prefer unoccupied nests. Their mutual intolerance has also been recorded as being very severe.

This species of hamster is not commercially accessible in the United States at this time. When you do get your hands on them, make sure to house them separately.

The Art of Buying Hamsters

The Syrian hamster, often known as the golden hamster, is one of the most popular pet hamsters despite being an asocial creature.

When housing a Syrian hamster, the ASPCA advises against housing any other breed of the hamster in the same cage. If you try to introduce them and keep them in the same cage, one of your hamsters may likely be hurt or killed by the other.

Unless you’re trying to breed hamsters, don’t put two dwarfs of different sexes together. It’s common knowledge that introducing males and females can speed up reproduction.

Tips to House Two Hamsters Together

Check here: Can Hamsters Eat Grass From Outside?

Even though dwarf hamsters can live together, it’s preferable to house only one hamster at a time. Remember that hamsters should never be accommodated with a Syrian or Teddy Bear hamster. Don’t risk injury or death to your pets by going against their nature.