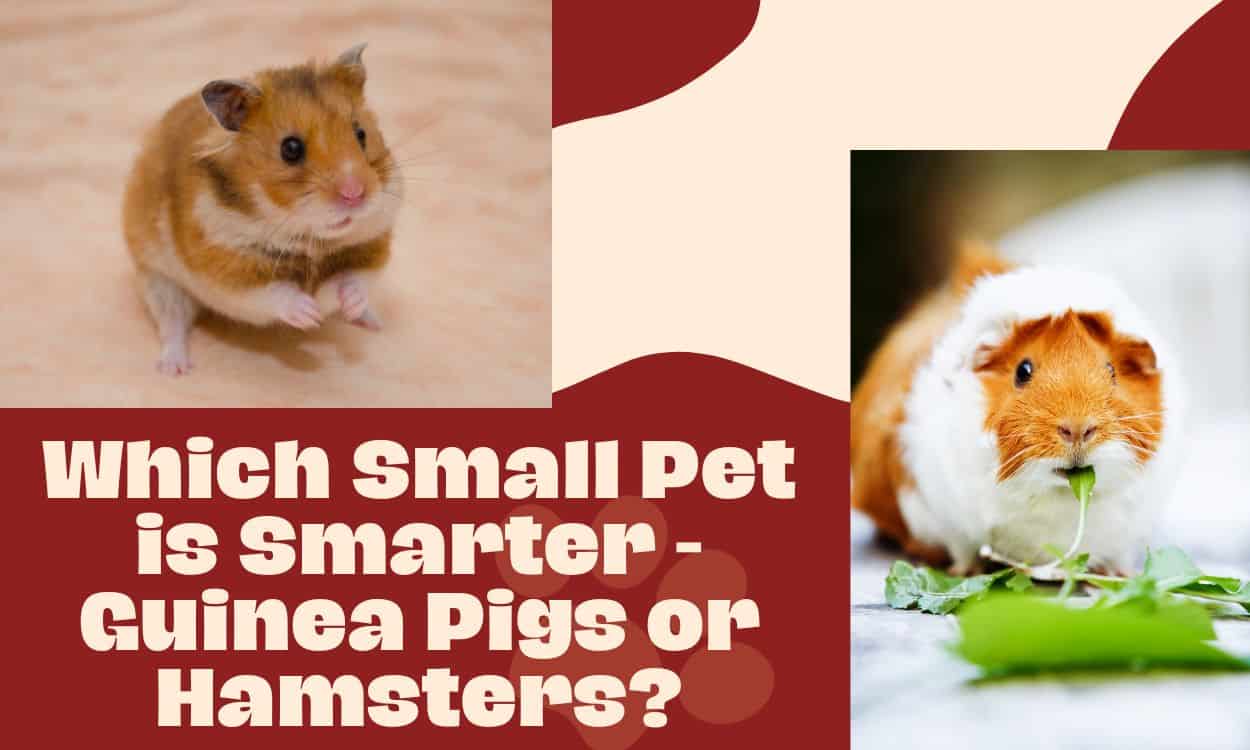 When it comes to small pets, people tend to favor one type over another, but when you look at hamsters and guinea pigs, there isn’t much competition.

Guinea pigs are hands down more intelligent hamsters and, as such, have earned more fans throughout the years. But that doesn’t mean that hamsters aren’t good pets- they’re very lovable creatures with different personalities, which makes them great companions regardless of their intelligence level.

Many animal owners prefer smaller pets because they require less maintenance than larger animals and live longer than bigger animals. Guinea pigs and hamsters are standard options and make good first pets because they’re quiet, can fit into small spaces, and don’t need large amounts of space or exercise.

However, when choosing between hamsters and guinea pigs, deciding which one to choose can be confusing due to various factors, like the lifespan of each small pet, how much attention each small pet needs, and how easy it is to care for them.

This article will cover all the essential details you need to know about hamsters vs. guinea pigs so that you can make an informed decision about your next small pet purchase! 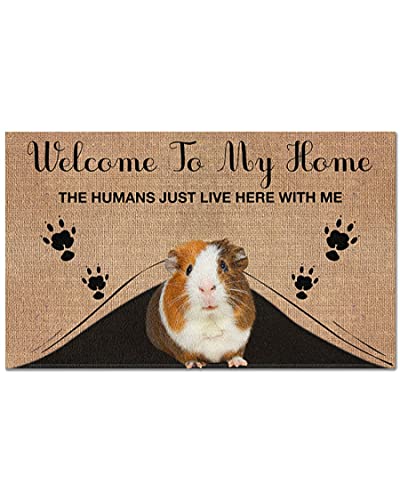 Hamsters are small, furry animals that make popular pets. Most hamsters are between two and four inches long, with short tails and pudgy bodies. They come in various colors: brown, black, white, and red.

Hamsters are nocturnal animals, meaning that they are most active at night. During the day, they sleep in their burrows or nests built out of shredded paper or other materials. When it comes to sleep, hamsters like to curl up into a ball.

Hamsters are omnivores, which means that they eat both plants and animals. Their diet consists of seeds, fruits, vegetables, insects, and small mammals in the wild. However, pet hamsters typically eat a diet of pellets and vegetables. Hamsters are relatively clean animals and will groom themselves several times a day. However, they also enjoy dust baths to keep their fur clean and healthy.

Hamsters are social animals and do best when kept in pairs or small groups. However, they can be aggressive toward one another, so it is important to provide them plenty of space to live in. Hamsters are fascinating creatures that make wonderful pets.

Whether you are looking for a cuddly companion or a playful pet, a hamster may be the perfect choice.

Guinea pigs are small rodents that originate from South America. These animals are often kept as pets and are known for their docile and friendly nature. Guinea pigs typically have long, soft fur that can be brown, black, white or a combination of colors. They have stout bodies and short legs, and their round eyes give them a cute and endearing appearance.

All About Guinea Pigs

Guinea pigs are social creatures, and they enjoy living in groups. In the wild, they typically live in family units consisting of a male and several females. When kept as pets, guinea pigs should be housed with at least one other animal of the same species.

These animals are relatively low-maintenance pets but require some care and attention. Guinea pigs need a diet of fresh vegetables and hay, and they should have access to clean water at all times. They also need plenty of space to exercise, so their living area should be large enough to allow them to move around freely. With proper care, guinea pigs can make wonderful and loving pets.

Though they are often lumped together, guinea pigs and hamsters are quite different.

For starters, guinea pigs are social creatures that enjoy living in groups, while hamsters are typically solitary animals. Additionally, guinea pigs are much larger than hamsters, with adults weighing 2-3 pounds. Hamsters, on the other hand, only weigh about 5 ounces.

Guinea pigs also have relatively short life spans of around 4-5 years, while hamsters can live for up to 8 years.

Finally, guinea pigs are vegetarians and require a diet rich in hay and vegetables, while hamsters are omnivores that eat various foods, including meat.

Though they may look similar at first glance, guinea pigs and hamsters are pretty different animals. 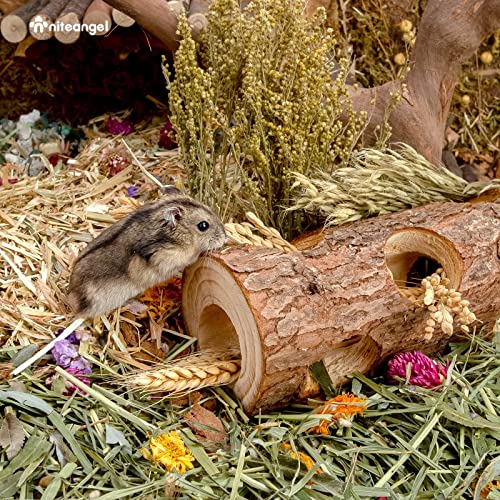 When choosing a small mammal as a pet, there are many factors to consider.

For example, some people prefer more active animals, while others prefer more low-maintenance animals. However, two of the most popular pets in this category are guinea pigs and hamsters. So, who makes a better pet?

In general, guinea pigs are recommended as the ideal pet for kids since they are so playful and friendly. They have a longer life expectancy, giving your kid more time to develop a close relationship with their pet.

Guinea pigs are social creatures that enjoy the company of their owners. They are also relatively easy to care for and can live for up to eight years. However, they require more space than hamsters, which may not be the best choice for families with young children.

On the other hand, Hamsters are more independent and can be easily trained to use a litter box. They are also less expensive to care for than guinea pigs and have a shorter lifespan of two to three years.

Ultimately, the decision of which animal to choose as a pet comes down to personal preference. Both guinea pigs and hamsters can make great companions, so it’s essential to choose the animal that is the best fit for your lifestyle and family.

Regarding intelligence, there is no clear winner between guinea pigs and hamsters. Both species can form bonds with their owners and learn basic commands. However, guinea pigs are more independent than hamsters and are also better at problem-solving tasks.

Together, these studies suggest that guinea pigs may be slightly more intelligent than hamsters. However, it is essential to remember that intelligence is relative, and both species are pretty smart in comparison to other rodents. Ultimately, the best way to judge intelligence is by observing an individual animal’s behavior. 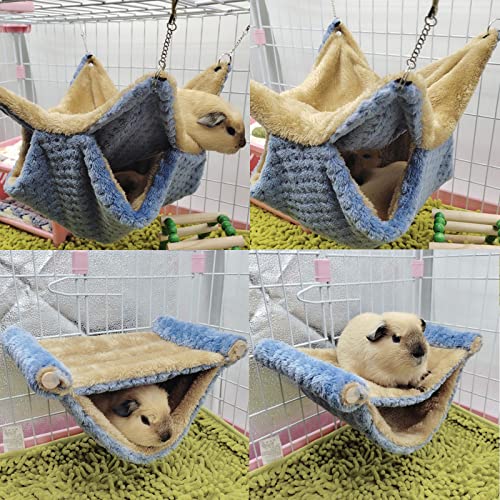 Guinea pigs and hamsters are popular pets but have very different personalities.

Hamsters are typically more independent and territorial, while guinea pigs are social creatures that enjoy living in groups. Hamsters are also known for being more active, often running on their wheel for hours at a time.

In contrast, guinea pigs prefer to spend their time grazing and exploring their surroundings. When it comes to temperament, guinea pigs and hamsters couldn’t be more different. As a result, it’s essential to choose the right pet for your lifestyle and personality.

A hamster might be a good choice if you’re looking for an independent pet that doesn’t require much attention. However, a guinea pig would be a better fit if you want a social animal that enjoys spending time with its owner.

Ultimately, the best pet is the one that makes you happy.

Hamsters are generally active at night, while guinea pigs are most active during the day. As a result, hamsters may be more likely to wake their owners in the middle of the night than guinea pigs.

In addition, hamsters tend to sleep for longer periods than guinea pigs.

So if you’re looking for a pet that will sleep through the night, a guinea pig may be a better choice than a hamster.

Check out: Can Hamsters Have a Heart Attack?

Guinea Pig vs. Hamster: Who Is Easier to Care For?

Both animals have pros and cons, but a few key differences may sway your decision. For starters, guinea pigs are generally larger than hamsters, requiring more space. They also need a diet higher in fiber and vitamin C than hamsters.

Regarding maintenance, hamsters are also low-maintenance pets; they only need to be exercised for about 30 minutes daily. So, a hamster may be the way to go if you’re looking for an easy-to-care-for pet. But if you’re willing to put in a little extra effort, a guinea pig can make a fun and loving companion. 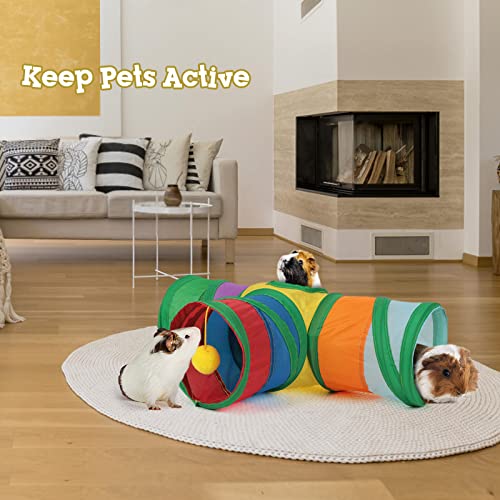 Weighing the advantages and disadvantages of each animal, guinea pigs are definitely much more intelligent than hamsters. In fact, they can be so clever that they will learn a trick if you only show them how to do it once. But when looking at several factors, such as social structures and exploration behavior, it’s hard to tell which small pet is smarter.

Regardless of your choice, they provide hours of entertainment and can make great companions.