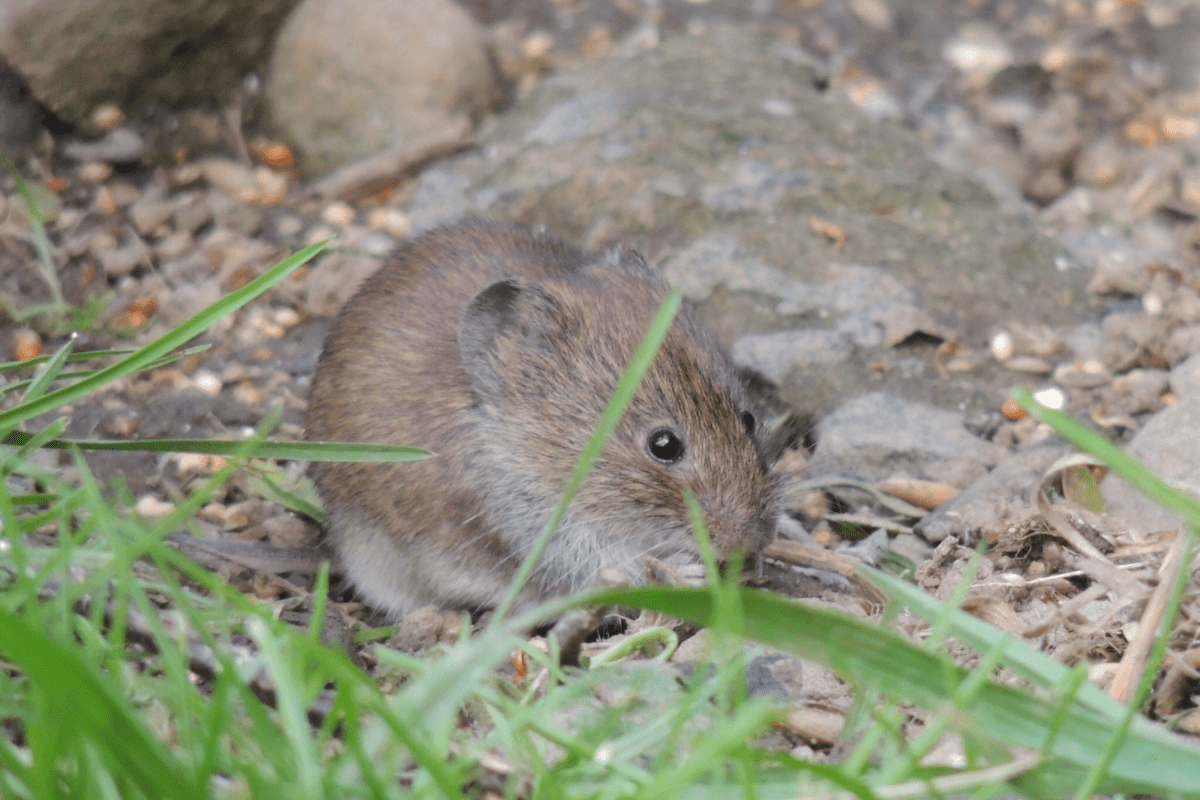 All animals make distinct sounds, and hamsters are no different. They don’t make much noise, and typically, they squeak to communicate. If you notice your hamster squeaking in the cage, there are reasons.

As the owner of a hamster, it’s crucial to get acquainted with the sounds your pet makes so that you know what it needs. In this article, I’ll explain all the reasons why your favorite pet is squeaking. In the end, you’ll be able to tell when the pet is happy or in distress.

Hamsters Squeak To Express Themselves

Squeaking is a way hamsters communicate. If you notice your hamster squeaking, it means that your hamster is trying to tell you something. Below are reasons your furry friend squeaks:

When your hamster gets trapped, it’ll squeak. Baby hamsters will also use this sound to get their mother’s attention. Mature hamsters will squeak when calling out for help.

Also, if you notice your hamster squeaking at you, it means your pet wants to get attention from you—because it trusts you.

Hamsters like to try and escape the cage. When this happens, they sometimes get trapped. If your hamster gets trapped during its escape attempt, the only way it can inform you about its predicament is through a loud, sharp squeak.

Read Why Does My Hamster Smell Bad?

Your Hamster Is Wary of Its Environment

In most cases, hamsters continuously squeak when they’re trying to tell someone (or other animals) to stay away. If your pet hamster does the same, it might be giving you the same message.

If the hamster is still new in your home, it must be still afraid of you and unsure of its new environment.

With new hamsters, you need to socialize and connect with them to help them calm down. Taming the pet will be difficult in the first few days.

As soon as you bring a new hamster back home, immediately allow them to adjust. Give the hamster at least one week in your home before you start handling them.

Your hamster will need time to get used to you and its new environment. Keep your hamster in a bigger cage with enough food and water.

The location of the pen is also crucial. Ensure the cage is close to the family members so that the pet gets used to everyone.

Hamsters prefer to sleep during the day. Always ensure that noise or pets don’t distract your hamster when it’s asleep. In the first week, you can keep the cage inside your bedroom or study room where it can see you and still have its peace.

Taming a hamster doesn’t happen overnight. Pet owners in the United States of America should be patient with their hamsters until they’ve earned their trust.

The primary goal of the taming procedure is to allow the hamsters to interact and learn about their new environment. The hamsters will easily communicate with their owners without fear once the process is complete.

Never handle your little pet before it decides to leave its cage on its own. The hamster will be more scared of you if you do it too soon. Please wait until the hamster can drink, play and eat when you’re close to it.

Talk to your hamster often so that it gets used to your voice. Speaking to the hamsters might feel weird initially, but it’s the only way the pet will learn your voice. Try not to be too loud when speaking to them.

Typically, pets love the people who feed them. Try to feed your hamster often, and it’ll become comfortable around you sooner or later. Offer your hamster several food items through the cage bars, and it’ll stop fearing you.

Read Why Do Hamsters Eat Their Babies

Your hamster might be squeaking because it wants your attention. It happens when it’s angry, hungry or when it just wants to cuddle with you.

The hamster beddings might not be comfortable enough for the pet, too. Attend to the pet to ensure it’s not in pain or hungry. Ignoring the pet will only make it squeak more.

Your Hamster Is in a Territorial Dispute With Other Hamsters

If you’re keeping several hamsters in one cage, it’s very likely that your hamsters are squeaking because they’re fighting or unhappy with each other’s company. Hamsters living together fight a lot.

Hamsters love to guard their territory. Always ensure that your hamsters have enough space for themselves. Sometimes, hamsters will start fighting each other before they’re six weeks old. Separate them early so they don’t hurt each other. The pets might kill each other during their fight.

Your Hamster Is Injured or in Pain

It’s very easy for hamsters to get hurt. These pets have lousy eyesight, and they move very fast. In most cases, the hamsters get injured when playing. You might not see the hamster getting hurt, but you’ll hear their squeaking sound, informing you that something isn’t right.

Injured hamsters will have trouble getting up, and they’ll be lying down most of the time. Quickly take your hamster to the vet for treatment if you don’t understand the cause of its pain.

Your Hamster Wants To Be Left Alone

If your hamster is new in your house, avoid picking it up. Holding hamsters when they still don’t trust you’ll make them squeak.

Wait for the pet to get used to your household before you can play with it. Hamsters squeak when people they don’t know hold them. If you’re not holding them, they’ll also squeak.

If the pet has been around your house for a long time and still doesn’t want you around it, just understand that it doesn’t like being touched. Allow your hamster to live its solitary life without disturbance.

If your hamster starts to squeak after being in your house for a long time, it might mean that it’s hurt. Maybe you pressed your hamster’s stomach too much or hurt its body while picking it.

Read How To Clean Hamster Cage

Your Hamster Is Happy or Excited

Your hamster will squeak whenever it’s happy and excited about something. Try giving your pet its favorite treat, and you’ll see how it squeaks with joy. The pet will also come running every time it sees you holding something it likes.

Although squeaking shows distress in hamsters, it’s also a sign of showing happiness—they squeak when playing.

Your Female Hamster Is in Hеаt

Hamsters get in heat once every four days. When they’re in heat, they tend to become aggressive and impatient. The female hamsters will have a strong odor when in heat.

Some of the hamsters will get extremely defensive during this time, and they might squeak or even attack anyone who comes to change their beddings or refill the water and food bowls.

Your Hamster Is Talking to You or Other Hamsters

Hamsters talk to each other through squeaking. The pets squeak when they want to let each other understand how they’re feeling.

Soft squeaking in hamsters means they’re happy with each other’s company. The soft squeak might also mean that the pets are seeking attention from others.

Communication among the hamsters depends on the type of hamsters you’re keeping. The Dwarf hamsters, for instance, are small in size, and they don’t produce any soft sounds.

As for the Teddy Bear hamsters, they softly murmur when they want to communicate. That’s because they have longer vocal cords.

It’s not easy to tell why your hamster is squeaking. It’s very important to examine and understand why your pet is making this noise. Your pet needs to be well-fed and comfortable to remain happy. If you can’t figure out the problem at the end of the day, take the pet to the vet for examination. Your hamster could be having an infection in various parts of its body.